Beale Air Force Base not only has a unique mission, but it was named for an unique individual. Unlike most other bases that were named for aviators, Beale was named for Edward Fitzgerald Beale (1822-1893), the nineteenth-century pioneer. Beale graduated from the Naval Academy, served in the California militia and led the experiment to replace Army mules with camels.

Camp Beale opened in October 1942, as a training site for the 13th Armored and the 81st and 96th Infantry Divisions. During World War II, Camp Beale’s 86,000 acres were home for more than 60,000 soldiers, a prisoner-of-war encampment, and a 1,000-bed hospital. In 1948, the camp transferred from the Army to the Air Force. The Air Force conducted bombardier and navigator training at Beale and in 1951 reactivated the Beale Bombing and Gunnery Range for aviation engineer training. The base has been under several commands, including Air Training Command, Continental Air Command, Aviation Engineer Force, the Strategic Air Command, and since June 1, 1992, Air Combat Command. 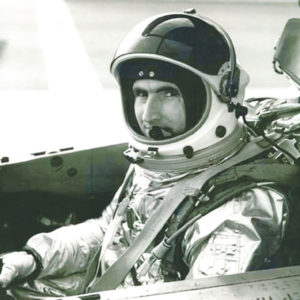 In May 1959, Colonel Paul K. Carlton assumed command of the recently activated 4126th Strategic Wing. The first two KC-135s arrived two months later on July 7,1959. On January 18, 1960, the 31st Bombardment Squadron with its B-52s arrived at Beale to become part of the wing. The 14th Air Division moved to Beale from Travis AFB, one week later. On February 1, 1963, SAC redesignated the 4126th as the 456th Strategic Aerospace Wing. On September 30, 1975, the 456th Bombardment Wing deactivated and the 17th Bombardment Wing activated in its place. On September 30, 1976, the 17th deactivated and the 100th Strategic Reconnaissance Wing at Davis Monthan AFB, Ariz., became the 100th Air Refueling Wing and moved to Beale. Many of the people and the tankers that had been part of the 17th now became members of the 100th. The 17th Wing’s B-52s moved to other bases. The 100th ARW stayed at Beale until March 15, 1983, when the Air Force deactivated the wing and consolidated its refueling mission and assets into the 9th Strategic Reconnaissance Wing. From 1959 until 1965, Beale was support base for three Titan I missile sites near Lincoln, Chico, and the Sutter Buttes. On July 1, 1979, the 7th Missile Warning Squadron brought the Phased Array Warning System (PAVE PAWS) Radar site to Beale. This 10-story structure can detect possible attack by sea-launched ballistic missiles or track a global satellite.

On October 15, 1964, the Department of Defense announced that Beale would be the home of the new, supersonic reconnaissance aircraft, the SR-71 “Blackbird.” The 4200th Strategic Reconnaissance Wing activated on January 1, 1965. The new wing received its first aircraft, a T-38 Talon, on July 8, 1965. The first SR-71 did not arrive until January 7, 1966.

On June 25, 1966, the 9th Strategic Reconnaissance Wing, that began as the 9th Observation Group in 1922 and its 1st Strategic Reconnaissance Squadron activated as the 1st Aero Squadron in 1913, replaced the 4200th. The first U-2 arrived from Davis Monthan on July 12, 1976. Until January 26, 1990, when budget restrictions forced the retirement of the SR-71, Beale AFB was the home of two of the world’s most unique aircraft.

In July 1994, the 350th Air Refueling Squadron transferred from Beale to McConnell AFB, Kansas, taking the last of the KC-135Q tankers with it. Tankers returned in 1998 when the 940 th Air Refueling Wing, an Air Force Reserve unit, transferred to Beale. In 2001, the 12 th Reconnaissance Squadron activated at Beale as the parent organization for the GLOBAL HAWK, another Air Force high-altitude reconnaissance platform.

The 9th Reconnaissance Wing is responsible for providing national and theater command authorities with timely, reliable, high-quality, high-altitude reconnaissance products. To accomplish this mission, the wing is equipped with the nation’s fleet of U-2 and RQ-4 reconnaissance aircraft and associated support equipment. The wing also maintains a high state of readiness in its expeditionary combat support forces for potential deployment in response to theater contingencies. The 9th Reconnaissance Wing is composed of more than 4,500 personnel in four groups at Beale and multiple overseas operating locations.

At any given moment, day or night, twenty-four hours a day, 365 days a year, there is probably a 9th Reconnaissance Wing aircraft flying an operational mission somewhere in the world.

The 548th  Intelligence Group’s mission is to deliver combat power from the air with intelligence that assures Allies and wins wars.”  It operates and maintains the Distributed Common Ground System (DCGS) weapon system, providing combatant commanders with processing, exploitation, and dissemination (PED) of actionable intelligence data collected by U-2, MQ-1, MQ-9, RQ-4, and MC-12W aircraft and other platforms as required.

The Group consists of more than 1,200 members, including officer, enlisted, activated guard/reserve, civilians, and contractors and spanning more than 40 Air Force Specialties responsible for the operations and maintenance of more than $2 billion dollars worth of equipment.

The 940th Wing is recognized as the Air Force model for total force integration, providing in-garrison and in-theater combat support and C2ISR expertise to warfighters across the spectrum of conflict through training, developing and retaining experienced mission-ready Citizen Airmen.

The 7th Space Warning Squadron guards the U.S. West Coast against sea-launched ballistic missiles. The unit is a geographically separated unit of the 21st Space Wing, Peterson Air Force Base, Colo.  The 7th SWS is primarily responsible for detecting sea-launched ballistic missiles fired from submarines in the Pacific Ocean, using some of the world’s most sophisticated radar.

The Pave PAWS radar uses nearly 3,600 small active antenna elements coordinated by two computers. One computer is on-line at all times, while the second automatically takes control if the first fails. The computers control the distribution of energy to the antennas to form precise patterns, allowing the radar to detect objects moving at a very high speed since no mechanical parts limit the radar sweep.

Pave PAWS radar beams reach outward for nearly 3,000 nautical miles in a 240-degree sweep. At its extreme range, it can detect an object the size of a small car. Smaller objects can be detected at closer range.

The 195th Wing is one of five major organizations that make up the California Air National Guard. It is comprised of seven subordinate units located at five operating locations throughout the State.  The 195th is the hub for all non-flying, non-kinetic global effects operations for the California Air National Guard leading the way in Cyber, Intelligence and Space mission areas.